The Bug Series Part 7: The Astonishing Mosquitoes of Turkey 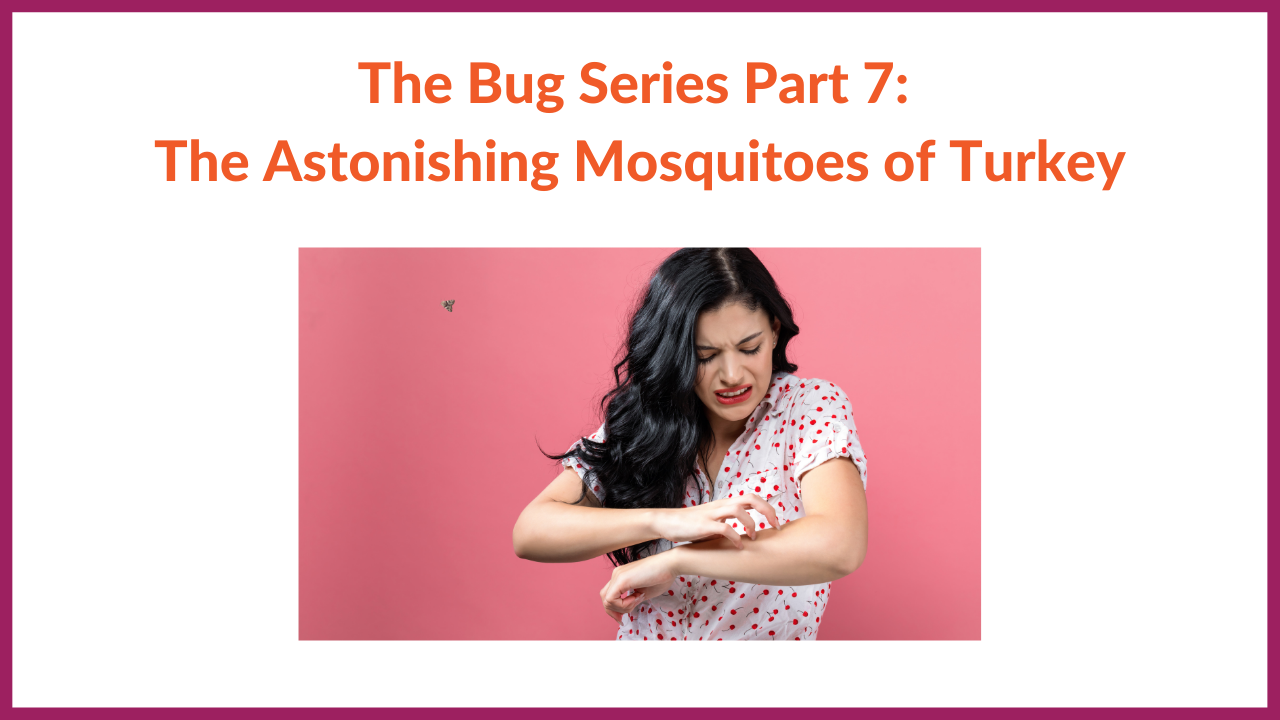 Once upon a time, in the days of yore (aka before Paul and I had kids) we backpacked through Europe for 4 months. Although we almost abandoned the trip on Day 1 due to a series of unexpected novice traveler issues, things got better from there.

Several months later, we found ourselves in Turkey. We were really getting the hang of backpacking, going with the flow, and pantomiming (since one can only pick up so much Turkish in a few weeks).

On my birthday, we arrived in a town called Kaş. The only thing I wanted for a gift was Qtips and somehow, Paul found them. Best birthday present ever! Once we had found a place to stay, we set out exploring.

Here are a few memorable moments from that day. (If you want to get right to the bugs skip down a few paragraphs.)

We discovered what cats in a fight sound like. I don’t know if you’ve ever heard feral cats yelling at each other, but we were pretty sure someone was dying until we happened upon what could only be described as West Side Story played by felines. 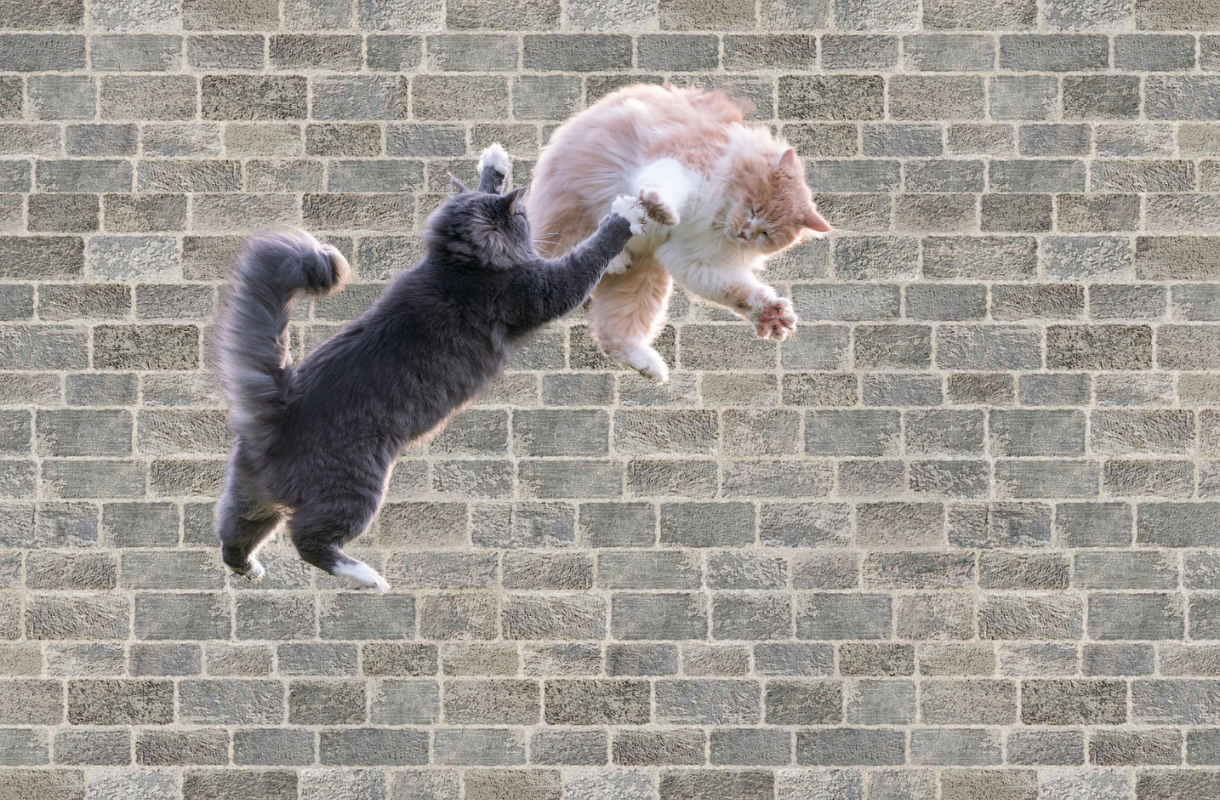 Around another corner, we found a lovely old woman grilling flatbread out in the open. It smelled so, so good. We made eye contact with her and then, to our surprise, she shooed us away. We were confused for days until we learned that in Turkey, that gesture actually means ‘come here’. I think we missed out on some tasty samples. Oh well.

Even though it was November, the Mediterranean was sparkling and warm. Who knew there was a place in the world where us Scorpios could bask in the sunlight on our birthdays? Glorious.

One of the wonderful things about traveling in Turkey in 1999 was that the accommodation was exceptionally inexpensive. Mind you, the quality certainly varied, but on some nights we stayed in relative luxury for very little. My birthday was one such night.

After a wonderful day of discoveries, we were getting ready for bed, when we noticed some blood marks on the white walls. They were fairly subtle, which explains why we hadn’t noticed them previously, but nonetheless, it was a little unnerving.

Soon thereafter, we noticed the mosquitoes. Hence the blood marks.

We quickly set about trying to eliminate all the pesky pests. There weren’t many, so we thought it would be fairly straight-forward, as in kill the mosquitoes and go to bed.

Those Turkish mosquitoes were having none of that. Whenever we would get close, they would sense our presence and fly away. They were virtually impossible to smoosh. We’d never experienced anything like it.

It was obvious we needed a new strategy. We started going through our very limited belongings, looking for a solution. We tried swatting at them with our bandanas. That didn’t work. We waved our clothes around, trying to catch the mosquitoes unawares. No dice.

How could those little bugs with even littler brains be outsmarting us? It was incomprehensible.

And then we had a Jason Bourne moment. I don’t know if you’ve seen those movies, but one of the things I admire about Mr Bourne is that he uses what he has to find success even in the most life-threatening situations, and he stays calm while doing it. Not that we were in peril, of course, but our options were very limited.

We happened to have some balloons amongst our belongings, because someone had given us the tip to carry balloons with us in case we ever needed to entertain kids during our travels. (Which came in very handy on a long and strange bus ride through another part of Turkey.)

Anyways, Paul had the idea to blow up a balloon and then use it to squish the mosquitoes. I have no idea how he thought of that, but guess what? It worked! Those mosquitoes were so astute that every other thing we tried, they would just fly away. With the balloons, they didn’t sense our approach and then… lights out. (Never ever did I imagine that my blog would have so many instances of me killing things. How humbling.)

We whooped with joy as we ballooned those mosquitoes one after another. They never saw us coming, thank goodness. And many hours later than we had initially planned, we climbed into bed, with as much satisfaction as two people can have when they know that they won’t be hearing that incessant whining in their ears once they turn out the lights. It was a wonderful birthday indeed.

We only learned later on our trip that the mosquitoes of Kaş are actually known throughout the land because they are so smart and hard to kill. Who knew?!?

Courageous Self-Care is so much about being creative. “I can’t” doesn’t really fit into the vocabulary of someone who is really devoted to learning to care for and love themselves deeply. I used to tell my dance students that “I can’t” wasn’t allowed. Instead, I encouraged them to ask a very powerful question: How can I?

It turns out that that was a great lesson not just for dance class, but also for life in general. It’s oh so easy to quit; to give up on yourself, especially when things get challenging. It can take a lot of practice to be loving towards yourself, to treat yourself with kindness, to speak up for yourself, to get uncomfortable.

And so we must be creative and look for solutions, just like we did with those intelligent mosquitoes. We totally had to go outside the box and be solutions-oriented with what we had. It took persistence and effort, along with a playful mindset.

That’s so much like life. One of the most valuable shifts I had was when I learned to look at everything as a case study. Before that, many aspects of my life seemed like life or death situations, even though that was so far from the truth. Once I learned that nothing was that dramatic, I was able to start lightening up and having more fun by perceiving things as experiments rather than being carved in stone. Phew!

Little by little, curiosity began to eclipse self-judgement. If something didn’t work out, rather than being uber hard on myself, I would start to get curious; why didn’t it go as planned? What could I do differently?

Those Turkish mosquitoes really helped me to see that sometimes we could never predict potential solutions, and although our resources were limited, that actually worked in our favour rather than against us.

Once again, thank you bugs for your powerful life lessons. I wonder if those Kaş mosquitoes still hold their reputation? If I ever go again, I’ll be sure to pack balloons.

Wishing you a week filled with arms wide open to quirky and unpredictable solutions in every area of your life.

Thank you for partaking in the Bug Series. I hope it served you in some way.

With curious love and creative courage, 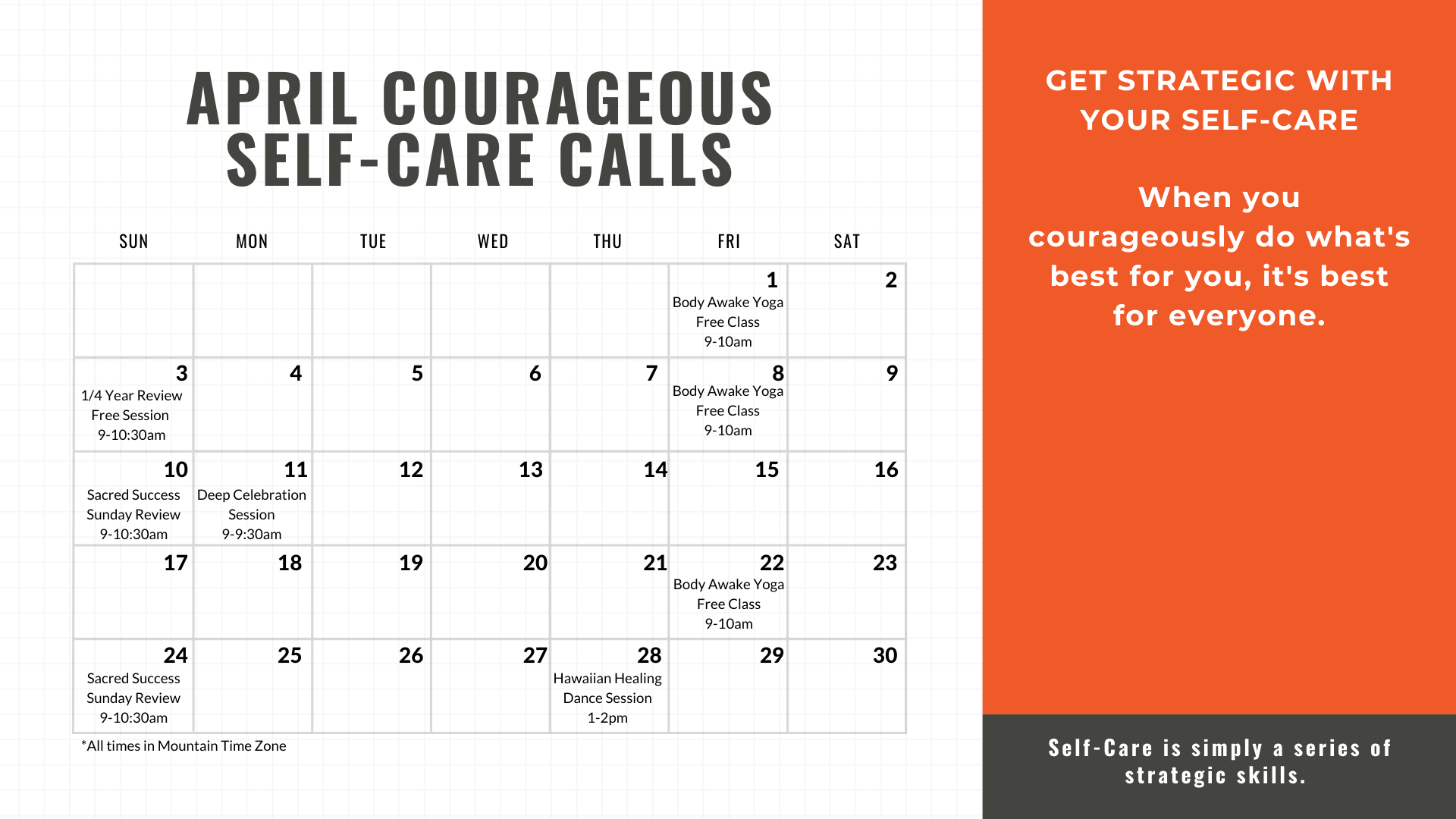