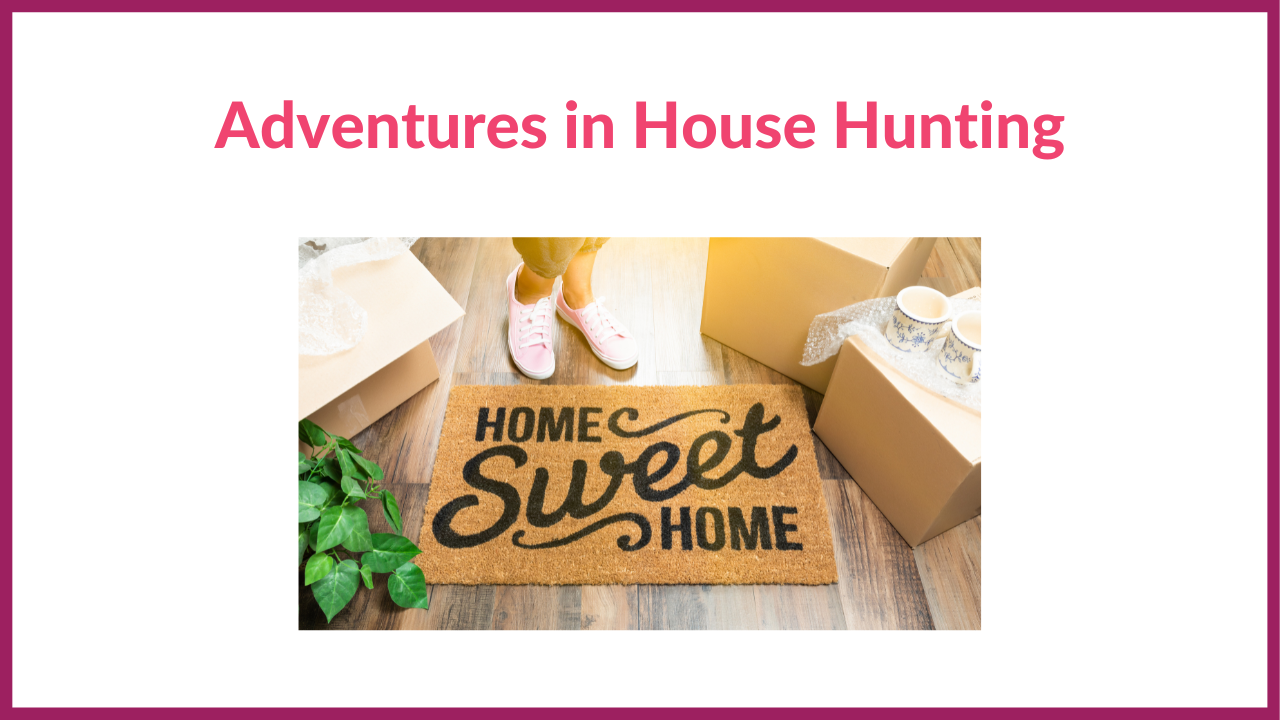 After years of renting (which I totally love because any home issues are never really our problem…), we’re getting back into the home ownership game. My husband would rather own and since I’ve gotten my way for years, it’s his turn. (I know; I’m soooo nice.)

Serendipitously, to help with our downpayment, we received an inheritance from my grandma, so everything has been lining up beautifully.

Except for the actual house. We’re getting a very good lesson in divine timing. If it were my timing, we’d be moving next week. However, since it’s up to the Universe, it’s clearly not time yet, because we haven’t found the ideal home.

We’ve found a lot of homes that make for great stories, though. Let me share a couple with you. 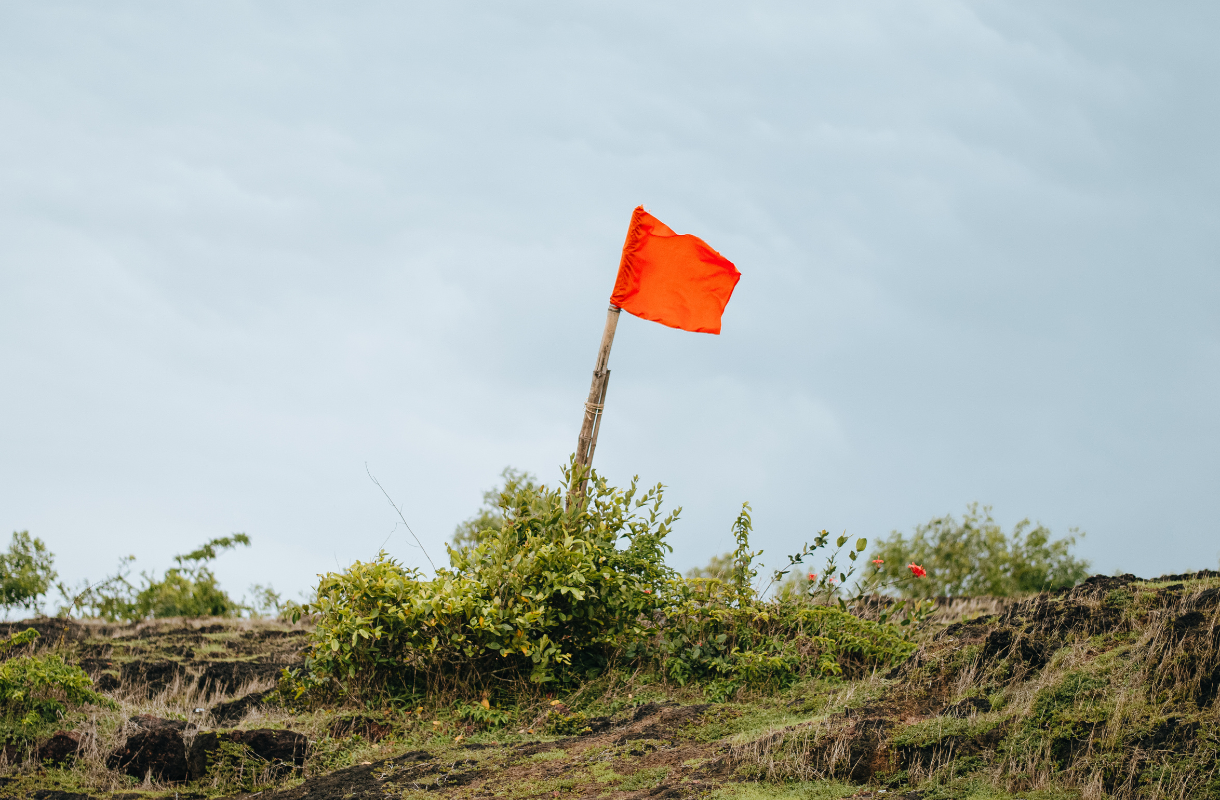 On Saturday night, we went to see a few potential places. I had really high hopes. They seemed great in the pictures and mostly they were. The main issue with the first two options (which were right next door to each other) was that there was a dude sitting on his deck, which was in very close proximity to our potential deck, who was smoking away with about 11 beer and Red Bull cans beside him.

And also his deck was filled with what looked like either a chicken coop or cages for pigeons. There were no actual birds, so I can’t be sure, but it just seemed like a red flag when we put the whole package together.

Not that I have anything against chickens; we’d love some ourselves, but since the cages were suspiciously empty, it definitely impacted our decision. There were just too many unknowns there.

In a way, I consider this situation to be divine timing because I’m so glad he was there when we were looking. I would have been devastated to move into a smoky deck without knowing before we bought. I just can’t stand cigarette smoke, so thank goodness the red flag was waving right there in my face.

After that, we went to see another house that looked really weird in the photos (but we went anyway, just to make sure). Seeing it in person took the weirdness to a whole new level. First of all, the home was made of cinder blocks, which we’d never seen before. I’m still on the fence whether this feature was a plus or minus.

The upstairs was reasonable, apart from a questionable kitchen reno where there was about 1 foot of dead space between the counter and a window. So strange.

The basement was another story. As we walked downstairs, all of us got a pit of dread in our bellies. It was super creepy and inexplicably weird. In what should have/could have been a family room, there was the washer and dryer (on carpet) and a random fridge nearby. Then there was a bedroom off to the side that had a surprise kitchen in it.

The pièce de resistance, though, was in the hallway. There was a set of those old metal folding closet doors which led to the furnace room. Paul likes to inspect the furnace situation, so he went in and discovered a small door at the end of the space. There were no lights so he used his phone flashlight. We were all a little (a lot) scared of what might be behind the door.

It turns out that it was a dark but spacious cinder block room. Why?!? Why would that be there except to store prisoners? (Or maybe potatoes?) Regardless, we all had the heebie jeebies and wanted to get out to the backyard and daylight immediately.

That was a whole other state of affairs out there. It certainly had potential as it was huge, but there were some things we just couldn’t work with.

There was some grass and trees, so that was fine. There was also an extensive deck with a huge pergola over part of it. However, there was a giant burn mark and hole in the deck where I guess someone tried to have a fire using the actual deck.

There was a pile of rocks, (sort of) artfully dividing one section of the yard from another and then there was the garage made of corrugated metal. It was very, very big. Like if you wanted to build an ark in there, it would fit nicely. Or maybe if you needed some helicopter storage, that would work too.

And lastly, there was a pad for an RV next to the behemoth garage that was sort of cement and sort of rubble.

All in all, we agreed that it was a hard no. As we left, we noticed that we had left a light on downstairs, so our real estate agent went back in to turn it off. Five minutes later, she still hadn’t emerged, and we got a little worried. Like maybe she was having issues with the prisoner from the cinder block room.

Paul went in to check on her and it turned out she couldn’t find the light switch for that particular room. What a great home!

As we were getting into our car, relieved to never have to experience that place again, a guy rode down the street on what was sort of a bicycle, but also a trailer with some extra seats in it.

“What was that?” Paul asked in confusion.

“A definite sign of what we would experience more of if we bought this house,” I replied.

So that’s where we’re at with our house hunt. Every no is getting us closer to a yes, and the Universe is clearly supporting us, what with the red flags, strong feelings and the divine timing. We may not know why we haven’t found our ideal home yet, but that’s okay. We just need to continue to trust that it’s out there and that it will be revealed at the exact perfect time.

I’ll keep you posted and will share the great news when it arrives.

May you experience deep trust and divine timing in your life this week as well.

Sending you loads of love and oodles of courage,

>Reconciling my timing with Divine Timing 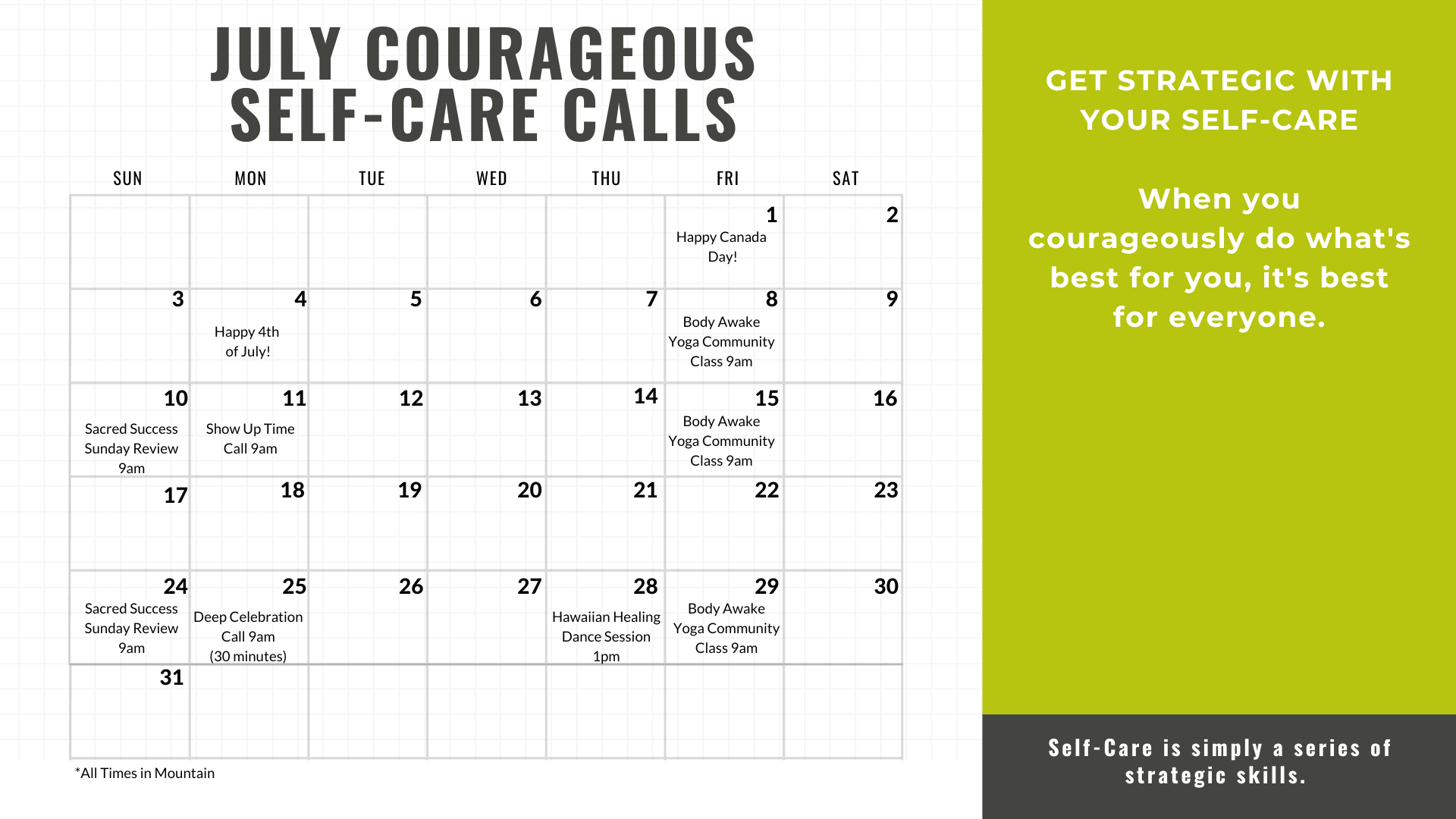