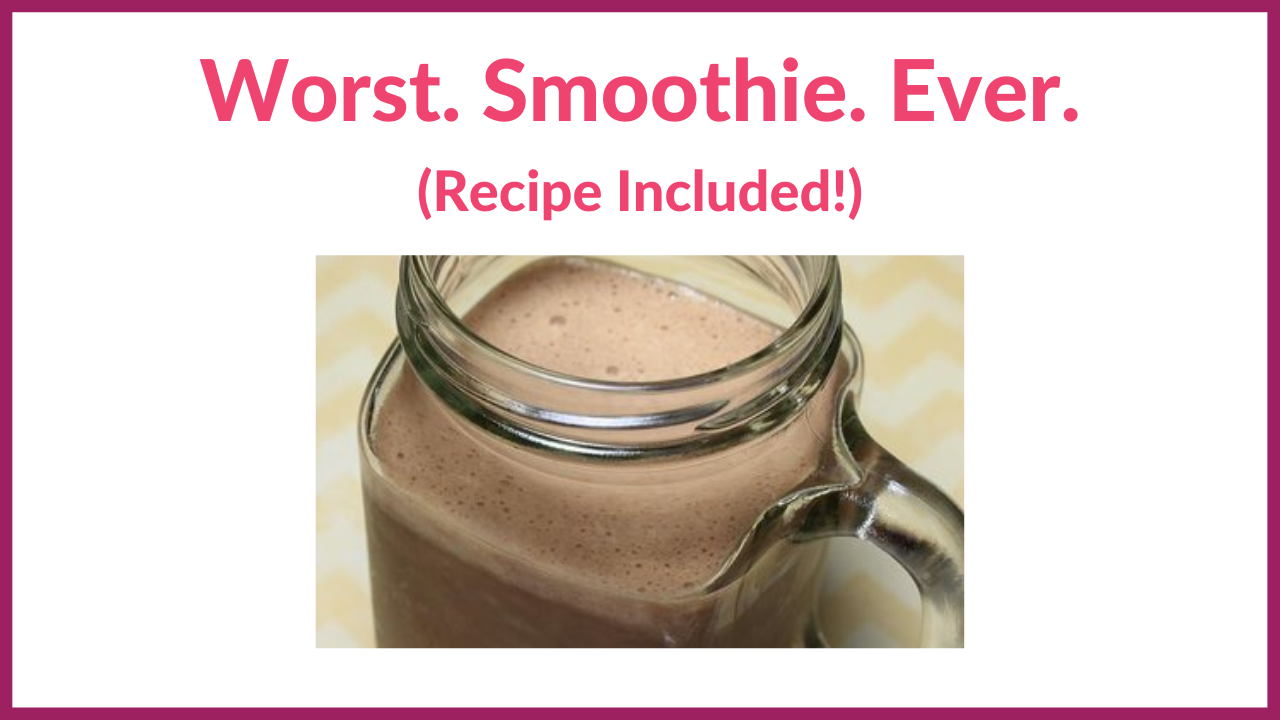 If you make your own smoothies, you’ll know that it’s more of an art than a science. I mean, sometimes I use the exact same ingredients on consecutive days, and one day it will be a lovely shade of enticing bright green and the next it’s some weird shade of brown. Kind of like Yoda’s bog. It’s inexplicable. 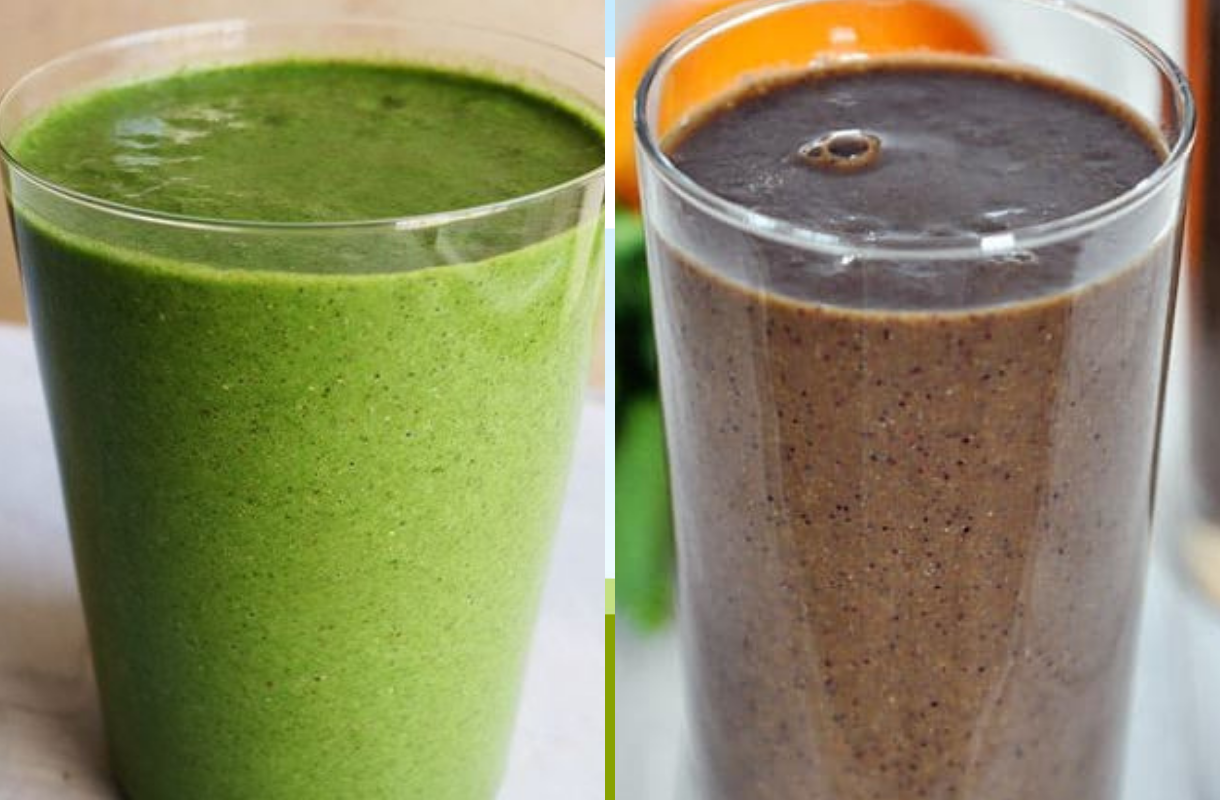 My husband, Paul, and I alternate who makes breakfast, because we generally like a hot cooked meal like a veggie stir fry, oatmeal or avocado toast. We include smoothies as often as possible. In our house, it’s a well known fact that my smoothies generally taste better than Paul’s. After all, I won the food studies award all three years in high school (which I thought was completely embarrassing at the time but now seems to come in handy).

Paul’s smoothies tend to be more on the experimental side, as in raw broccoli or cauliflower mixed with some fruit and maybe some almond milk. If you’re thinking that sounds gross, then, you’re right. He’s only done the cruciferous thing on a few occasions, but still, he’s very experimental. He thinks it can always be solved with a date or two. My kids, Zoe and Oakley, have often heard the phrase, “Drink the goodness” which is code for ‘this smoothie is not good, but drink it anyways because it’s good for you’.

Last week, the unthinkable happened. I made a terrible smoothie. We’re talking Worst. Smoothie. Ever.

Our acupuncturist told Zoe that she needs to focus on warm foods and so I had decided to make the smoothie the night before and leave it out overnight to warm up.

We were a little low on groceries, so it was a ‘let’s see what I can throw in there’ kind of smoothie. Here’s what made the cut. (The recipe is provided so you never, ever make the mistake of combining these ingredients.)

>a banana (good for creating a pleasing consistency and light sweetness)

Now for the Superfood Additions

>about a teaspoon of schizandra powder (helps with liver function; a powerful antioxidant)

>maybe a teaspoon of maca powder (improves mood, reduces blood pressure, adapts to support your body in whatever it needs)

>spirulina (good for vitamin B12; helpful for a plant based diet)

>a liberal pour of seabuckthorn puree (ultra high in all sorts of vitamins and omegas; good for immunity; nice and tangy)

>some leftover chia pudding I had made with a peach, coconut milk and chia seeds (possibly also past its prime)

The Method (which is a little involved)

We get a special kind of spirulina that comes in a paste and doesn't have a flavour, which is good news, because it doesn’t taste good. (To me, at least.) If this special pasty spirulina gets blended, it releases the not-good flavour, so here’s what we do.

We freeze the paste in little hexagon ice cube trays (the hexagons are not imperative, cubes work too).

At the beginning of the smoothie making, I pull out one of the pleasing hexagons and put it in a little jar with some water to help it thaw. Once it’s thawed, I divide the spirulina water into 4 glasses where the smoothie will go. Remember: spirulina in Vitamix/blender = seaweed flavour.

So that was step #1; preparing the spirulina part.

Second: Almost Everything Else

All the other ingredients went into the Vitamix. (Pro tip: if you find your Vitamix to be on the loud side like I do, plug your ears while it blends.) (I even keep my ears plugged when I turn it off. I use my elbow to flick the switch.) (I don’t know if that’s so much of a pro tip as a hearing preservation tip.)

Once blended, I poured the sludge-coloured drink into the glasses for the kids where the spirulina was waiting. I had a little taste and it was questionable at best.

Feeling inspired to improve it, I added more kale (because more kale always makes things taste better - but not really) and another squishy dehydrated not-juicy peach (because clearly that would help the situation), and then I whizzed it up again.

Third: Collagen for the Grown Ups

Finally, I added 2 Tablespoons of collagen to the last half of the smoothie. (I’ve tried stirring in collagen by hand, after the smoothie is blended, but it makes unpalatable lumps of powder coated in liquid, so I’ve learned to blend it in the machine.)

The reason for this complex step is that I don’t think my kids need collagen, what with their smooth young skin, so that’s why I pour their smoothies out and then add the collagen to what’s left for me and Paul.

Now that I’ve written this all out, it’s very clear how this ended up being the Worst. Smoothie. Ever. I was overzealous in my quest for packing in as much health as possible. I think a smoothie can only handle so much nutrition.

So take note. Never make this smoothie. (I feel like there’s zero chance of anyone trying to replicate the super-complex experience. Perhaps there’s room in my life to simplify?)

Here’s the amazing part. Everyone in my family drank the goodness, even though it was brutal. And we all had a good laugh about how I had made a terrible smoothie. It made for a great morning, because we all felt like we had accomplished something significant after we choked it down.

Ah, the bonds that terrible smoothies create. Thankfully we have groceries again and this week’s smoothies should be much better.

With wholesome love and appetizing courage,

Quick Learner from Catastrophic Mistakes in the Kitchen

PS - Mark your calendar for a Complimentary Community Call coming up on Oct 2 at 11am Mountain/10am Pacific. We’ll be doing a guided ¾ year review so that you can finish up the final quarter with lots of enthusiasm, success and momentum. (I realize we didn’t do a ¼ or ½ year review, because I just had this idea and I didn’t want to wait until next year, so we’re starting at ¾. Hooray! More details to follow on how to access the complimentary call. For now, just put it in your calendar, because it’s going to be fantastic and fun.