The Deep Truth of Exploding Scones 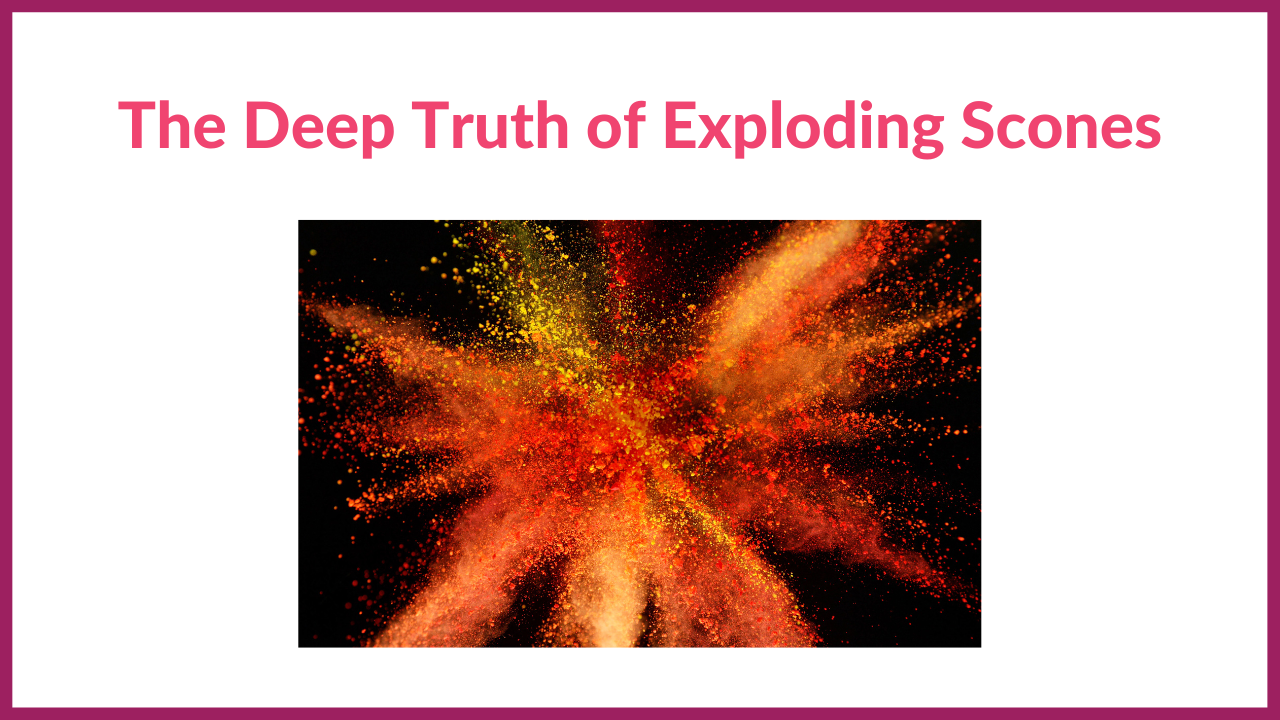 Sometimes, lessons come from the most unexpected circumstances.

The other day, I had a hankering for my favourite scones (a modified version of the scones from my most beloved Calgary bakery; Sidewalk Citizen). They are these delicious morsels of goodness with coconut flour, dark chocolate, and if we have some handy, dried cherries. I’m telling you, they’re magnificent.

I used to make these scones a lot and they always turned out great. Then, all of a sudden, they stopped turning out, even though I didn’t change anything. I kept trying and they kept being not good at all (but always, mysteriously, in a different version of not good).

Not wanting to give up on the best scones of all time, I asked Zoe to make them, and they were back to being good. She’s become the scone baker of the house over the last few years and all has been good, as far as scone consumption goes.

When I had my hankering last week, though, Zoe was at school and I wanted them tout de suite. Even though I hadn’t made them for quite some time, I was up for the challenge. I followed the recipe carefully (with all my modifications to make them as healthy as possible) and was thrilled to see when the timer went that they looked perfect. I congratulated myself. Back on my scone game, baby!

The only thing was that while the scones had been baking, I noticed that I had kind of been rushing around, trying to do many things at once. I asked myself why the rush and had no good answer. There was no time deadline or anyplace I had to be, so I encouraged myself to slow down. I don’t think I listened to my good advice.

When I took the scones out of the oven, I was moving so swiftly that I banged the earthenware baking sheet on the top of the oven, sending my gorgeous scones in a variety of directions, rapidly assisted by gravity.

One scone fell on the floor and broke into a million little pieces with a lattice of melted chocolate chips making oozy pathways between the bits. Another scone plummeted right onto the bottom of the oven where it continued its baking adventure, getting very browned, very quickly. A third scone landed on one of the oven racks and a fourth disassembled itself all over the glass oven door. 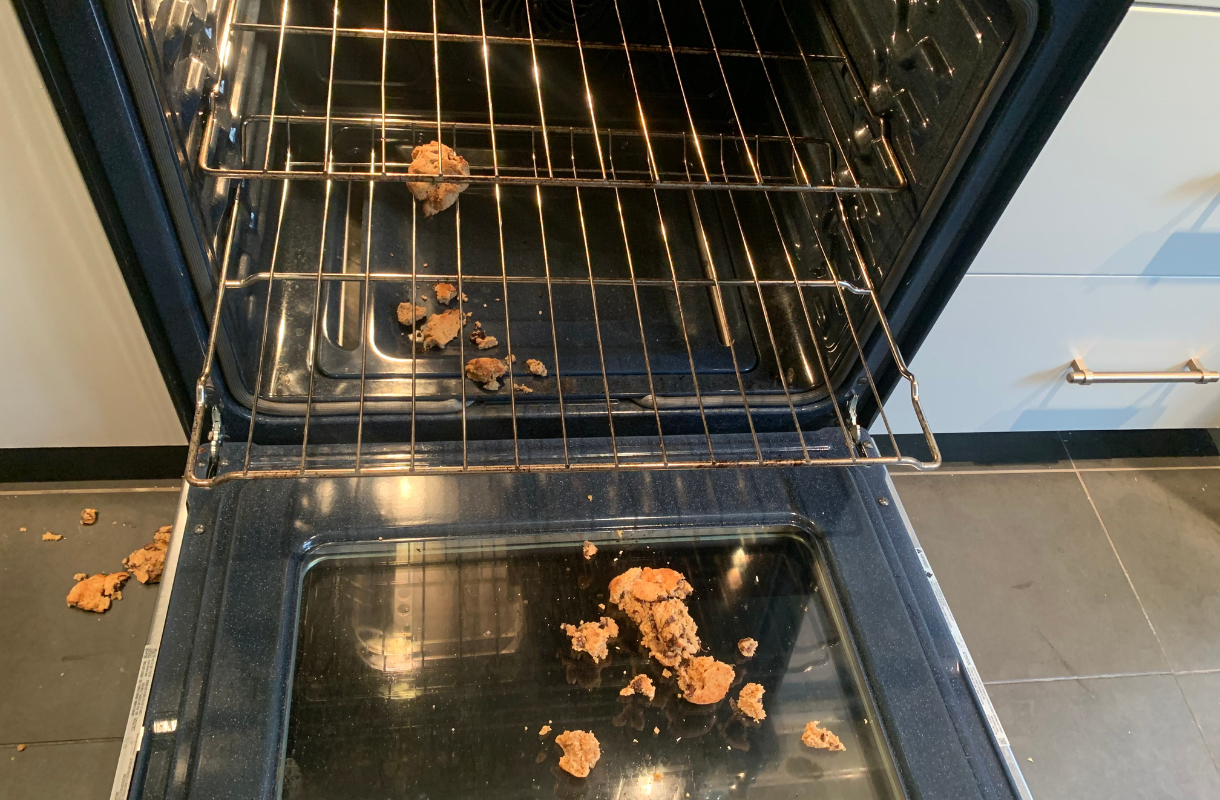 Here’s the deep truth I discovered amidst this scone disaster. Evolution is happening!

In the spiral of life, sometimes you get to see how you’ve grown with events that are very similar to ones that happened previously, but you have a completely different reaction.

A number of years ago, any result in the kitchen that wasn’t perfect resulted in tears.

There was the birthday cake incident where half the cake came out of the pan and half stayed in. I cried and cried. My husband was mystified, assuring me that no one would know once the icing was on. I would not be comforted. (And, true to his word, no one noticed anything but my red puffy eyes.)

There were two separate panna cotta calamities. For two different dinner parties. Neither time did it set, preferring to just blob out all over the plates into a gelatinous (yet still delicious) pile. Oh, the tears that were shed. Especially for the version that was supposed to look like the Mexican flag. I was absolutely devastated.

Fast forward to the scones all over the oven and floor. Do you know what I did? I laughed! Out loud! And then I took a photo because I thought it was so funny. Then I calmly cleaned them up, noticing that I really hadn’t saved any time by rushing around. And then I enjoyed the bits and pieces of the floor scone. As I had previously discovered with my failed cooking endeavours, it still tasted fine. The bonus was laughter instead of tears.

The Universe loves us so much that it will give us the same lesson over and over until we show up differently. Isn’t that remarkable? We are so loved that the Universe will never, ever give up on us. Whether the lesson comes through relationships, career, health, money, or baked goods, once we get it, one of two things will happen.

Either the same kind of thing will happen but it won’t bother you because you’ve shifted so much, or it will stop happening altogether. Regardless, it’s a step (or a spiral) in the right direction.

Are there any lessons that the Universe is wanting you to get right now? Any people driving you crazy? Any triggers that keep showing up over and over? Any circumstances that seem awfully familiar? The only way to pass the test is to make a different choice. Such as laughter instead of tears. Such as not taking things so seriously. Such as releasing just a touch of that perfectionism.

Such a deep truth that was revealed by the exploding scones. Truly, there is a gift in everything.

May you have a week filled with revelations and delicious lessons.

With explosive love and joyful courage,

>Not interested in making panna cotta again, no matter how yummy it is

PS - Body Awake yoga is happening this Friday, November 11 at 9am Mountain. Join me for an hour of the most important thing you can do in your day. 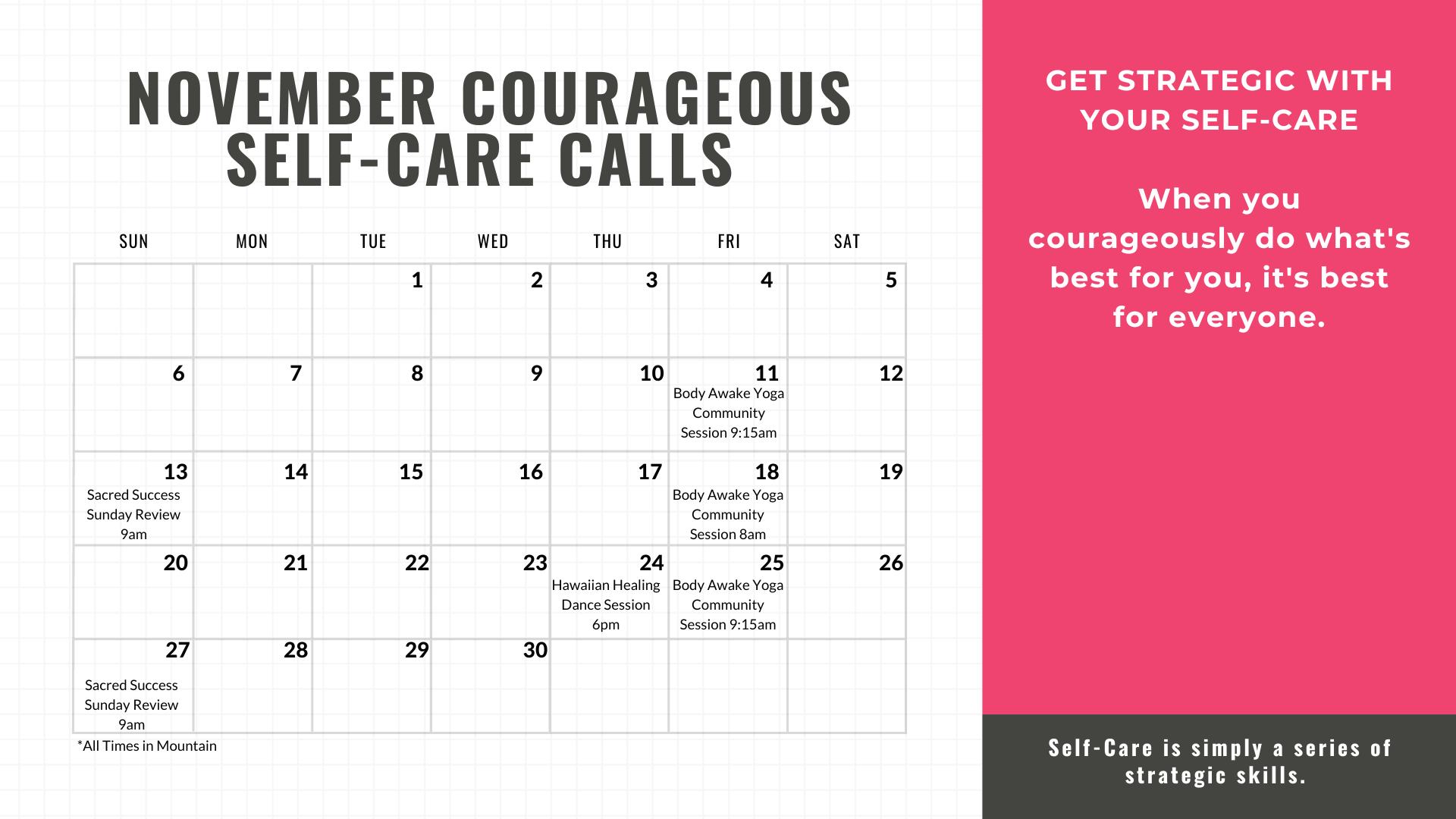