The Bug Series Part 6: Can these flies be composted? 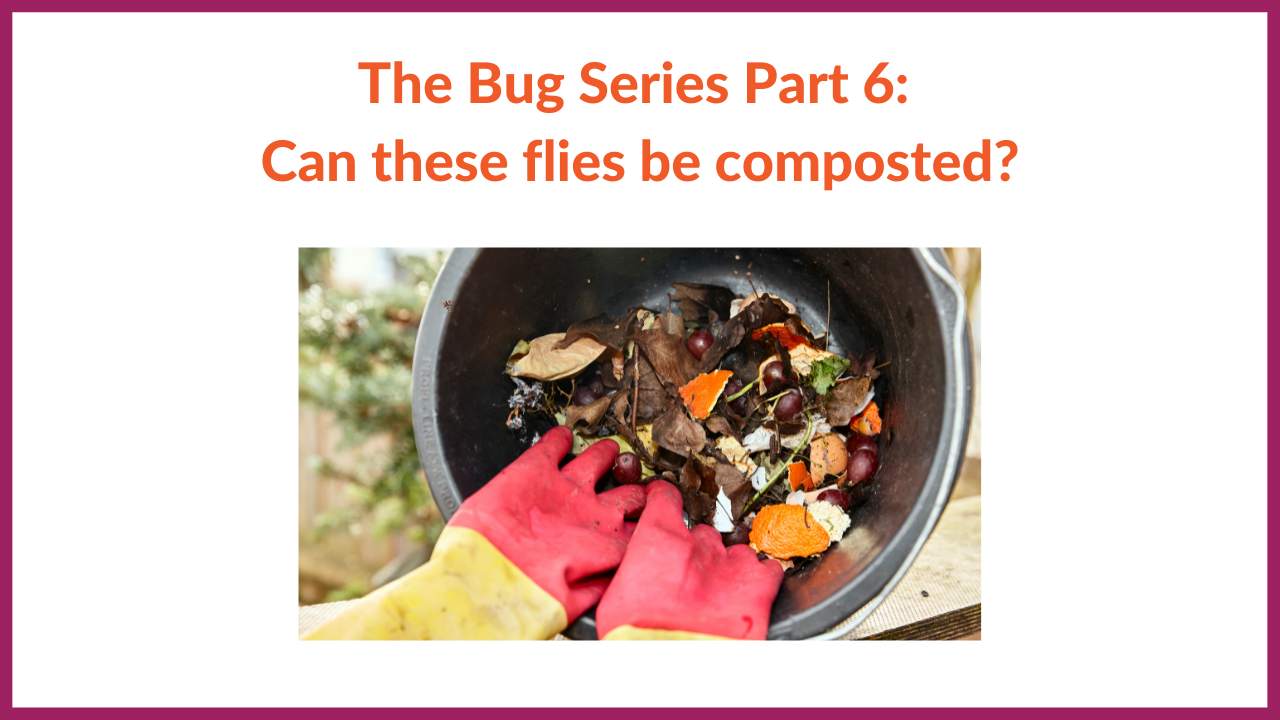 The Bug Series is back! I’m thinking there are two more “episodes” of note to share with you. Today I’ll be exploring with you the self-care lessons I learned from some very tiny little fly-type-things.

If you recall the Mothssacre from a few weeks ago, you could imagine that we were pretty happy to be bug-free in our new home. Sadly, it lasted a very short while.

In our condo, we have a downstairs entrance, bedroom and bathroom and then there are two upstairs bedrooms and bathrooms along with the living space. Our unit is on the first floor above the garage. This seemingly random information will become important in a few paragraphs.

As we celebrated the eradication of the moths, we started to notice little flies in our downstairs bathroom. Harumph. At first, they seemed innocuous, but gradually, just like the moths, they started to multiply. Out came the vacuum. Thank goodness I was a pro at wielding that bug-sucker. 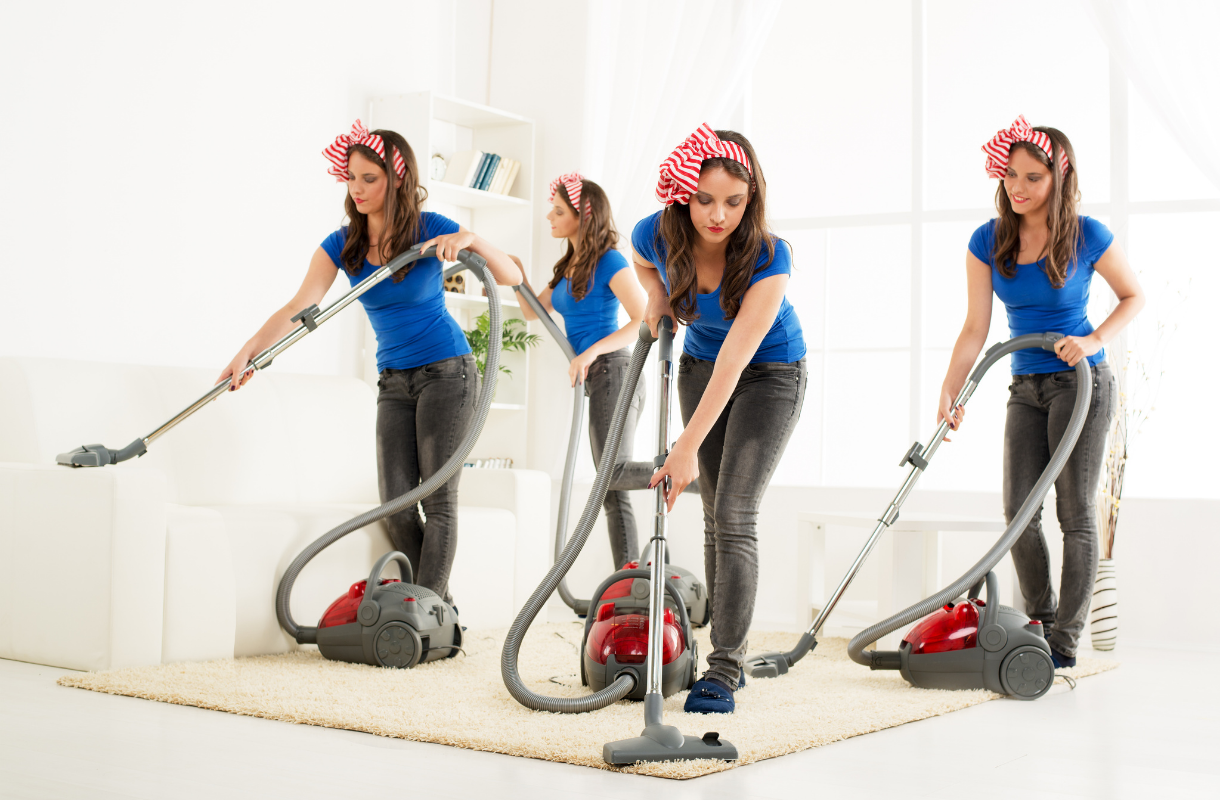 Paul and I tried to figure out where they were coming from. We observed that they really seemed to dig the shower (probably because of the drain). They emerged from behind the mirror. They crawled around the sink. Pretty much, they were everywhere. Showers became about throwing water at the flies, trying to submerge them with water drops so they would then go down the drain. We even had Oakley taking his turn with the vacuum. Good times.

Within a few weeks, Zoe started to find them in her bathroom as well, which is directly above ours. Oakley had none in his bathroom, so we came up with theories and hypotheses. Such family bonding happened over figuring out the origins of those flies. More good times.

One day, the solution revealed itself (and it was not pretty). In the garage, there’s also the garbage and recycling room. Zoe and Oakley were taking down the organics one day and they opened the compost bin. With horror, they noticed that the inside of the top of the bin was crawling with layers of bugs several centimeters thick. They threw in the compost from as far a distance as possible, slammed the lid and ran away. (I like to imagine that they were shrieking, but I’m not sure that’s true.)

The bathroom bugs became a veritable colony and we all spent a good deal of our time chasing them with the vacuum. We wondered if they were the very same bugs from the compost bin. None of us wanted to examine the bin too closely, so it was hard to say.

We live in a building with about 18 suites, and so we kind of thought that someone would say something to the landlord, but nothing changed with the compost bins, so we decided to make contact.

He was so grateful that we said something. No one else had mentioned it. Apparently he was paying the organics company to hose down the bins every week, but clearly that hadn’t been happening. On the next collection day, we watched from our window as the bins were finally cleaned out properly.

Not coincidentally, the fly numbers started to decrease dramatically, until they were no longer a problem. The vacuum found its rightful home in the upstairs closet and we stopped killing creatures once again. Ahhh. (*sighs with relief)

Here are the self-care lessons I learned from this particular infestation.

With the moths, we waited a really long time until things got ridiculous before taking action. One would think we might have learned from that experience, but apparently not so much. It took quite a long time to take action in a pretty similar circumstance. The vacuum came out much sooner, because I didn’t have to get over ending the flies’ lives, but still, we didn’t get into problem-solving mode very swiftly.

That shows me how easy it is to settle for undesirable circumstances. Sure we took some action, but very quickly, it just became an annoying part of life. Things had to get pretty severe before we really sought a solution.

I think that’s the same for a lot of people. When we know we want to change something, there’s a period of “whatever; I don’t really care”. Then there’s a time of contemplation, where you know you want things to change, but you aren’t too sure how to do it. The problem can seem very big. Then, it gets to a point where you really can’t handle the situation anymore and you become very motivated for change.

It’s valuable to know about those phases, don’t you think? When you want to make any kind of change, including self-care shifts, you’ll likely be able to observe yourself moving through the steps and you don’t have to beat yourself up for not taking immediate action, because that’s just how we humans are. So phew. It’s always good to know why you can judge yourself less harshly.

Another lesson I learned is that if you want something to change, and you’re hoping that other people are going to do it for you, it’s unlikely. I thought that with dozens of people visiting the garbage room every day, that someone would have said something about the hoards of flies zooming around there, but it turns out that we live in a really apathetic building.

Our landlord is actually thrilled to have us because we speak up when there are issues. Apparently no one else does. He’s mystified and so are we. A part of me was scared to say anything, for fear of being a bother, but when we let the landlord know, he was more grateful than anything else. Who knew!?!

As a result of speaking up about this issue, I’ve been able to make my voice heard about other things as well. It’s not quite as scary as it used to be, because there’s now the possibility that when I speak my truth (kindly of course), that it will be welcomed.

Really quite powerful lessons I would say, and so again, I must thank the bugs and the Universe that created them and put them in my path so that I can learn so much about myself and the secrets to living an empowered and joyful life. Especially now that our bathrooms are bugfree.

And, I’m just putting out there that since spring is imminent and I’ve seen a few bugs here and there (outside, thank heavens), I don’t need to learn any other major lessons from bugs, Universe. I think I’m good in that department.

May you have a week where you move along the change continuum with grace and ease, and where you find the courage to speak up for yourself, even about the tiniest things.

With abundant love and amplifying courage,

>Practicing not caring what others think

>Open to learning great life lessons from bugs and more

PS - Perhaps you would like a Courageous Self-Care screensaver to remind you about how to care for yourself deeply. Click here to download it for free.